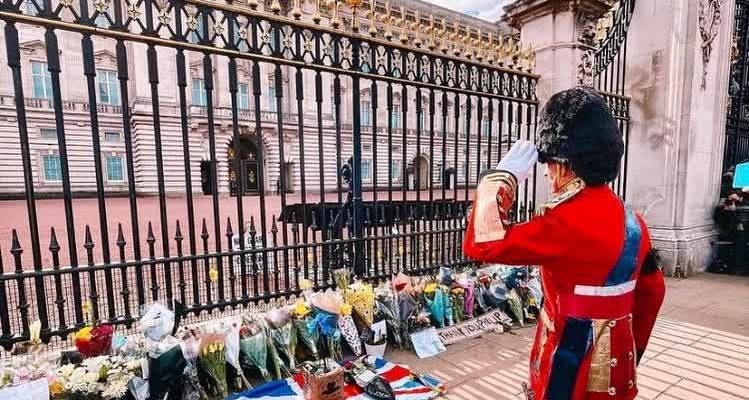 After news Friday morning about the death of Prince Philip, condolences from world leaders poured including President Joe Biden, who wrote a message on Twitter saying, “Prince Philip’s legacy will live on not only through his family, but in all the charitable endeavors he shaped. Jill and I are keeping the Queen and Prince Philip’s children, grandchildren, great-grandchildren, and the people of the United Kingdom in our hearts during this time.”

On Saturday there were gun salutes across the United Kingdom which marked the death of Prince Philip, the husband of Britain’s Queen Elizabeth II who died on Friday at Windsor Castle. He was 99. Here in London 41 rounds were fired at one-minute intervals starting at midday. The Duke of Edinburgh’s passing follows a four-week stay in the hospital earlier this year, during which he underwent heart surgery.

Philip will be laid to rest with all the honors due a prince of the United Kingdom and a consort to Queen Elizabeth II. But the coronavirus pandemic means it will be a more low-key farewell than has marked many royal deaths. The pandemic has required changes to the well-prepared plans for Philip’s passing, code-named Operation Forth Bridge.

Philip’s body will not lie in state, a function both of the pandemic and his own “no fuss” attitude. Nor will it be a state funeral, in keeping with his wishes.

Canadian Prime Minister, Justin Trudeau praised Philip, saying “It was with deep sadness that I learned of the passing of the Duke of Edinburgh.” Trudeau also said, “A man of great service to others — first as a decorated naval officer and later as a dedicated leader in the areas of community engagement and philanthropy — the Duke always sought out the best in people and challenged them to strive for greater heights.”

Mourners have been coming and going, gathering outside Buckingham Palace leaving flowers and just paying their respects to the Royal Family.